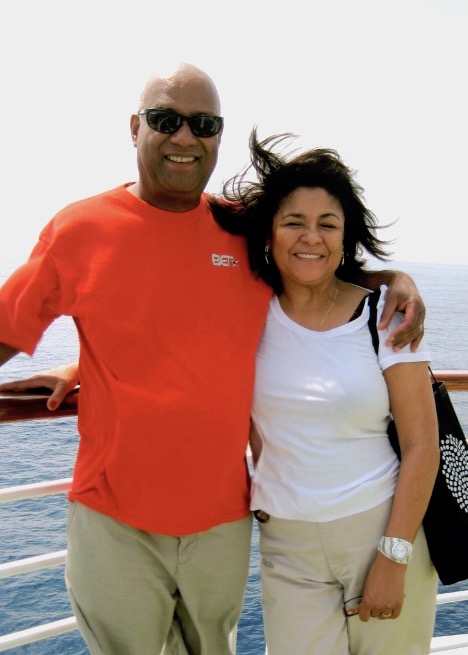 Noel Hankin is a founder of The Best of Friends, Inc. (TBOF), a pioneering business enterprise that promoted discotheques in New York City starting in 1971. TBOF owned Leviticus, Justine’s, and Bogard’s, the first black-owned clubs in midtown Manhattan, Brandi’s in Brooklyn, and Lucifer’s (renamed Trixx) in Queens. These nightclubs paved the way for Studio 54, Saturday Night Fever, and the nationwide explosion of disco in the late ‘70s.

Hankin is a retired senior executive who managed some of the world’s most successful brands at Moët Hennessy USA and Miller Brewing Company. He also wrote speeches for CEOs and has been published in Vital Speeches.

Hankin is a founder of the Thurgood Marshall College Fund and served as its Vice-Chair. Founded in 1987, the Fund has raised over $300 million and helped prepare 260,000 students for career success through leadership training and providing financial scholarships.
President Clinton appointed Hankin to his Board of Advisors on Historically Black Colleges and Universities (HBCUs), where he provided counsel to the President for seven years.

Hankin has a BA from Queens College, a Marketing Certificate from the Wharton School of Business, and an Honorary Doctorate from Medgar Evers College/CUNY.
Born in Kingston, Jamaica, Hankin lives in East Hampton, NY with his wife Gwendolyn. They have two married daughters and three grandchildren.

“After Dark: Birth of the Disco Dance Party” is an authentic account of how the disco craze of the ‘70s was preceded by a network of discotheques in New York City organized by a group called The Best of Friends (TBOF.) TBOF catered to a diverse audience but their patrons were primarily African American. This first-hand account of the birth of the disco boom is a fascinating story that has never been told.

TBOF began as a social club that gave dances with live bands. They quickly learned that with a growing number of African American executives working in midtown Manhattan, and accessible technology to play high fidelity records, there was an opportunity to create an after-work scene that would be attractive to them. This year, 2021, is the 50th anniversary of when TBOF started promoting discotheques at existing midtown venues such as the Ginza, La Martinique, Casa Blanca, Al Mounia, and Barney Googles. These events were wildly popular and word of this new experience spread like wildfire throughout the Black community and beyond.

Within short order, TBOF began building their own discotheques including Leviticus, Othello, and Bogard’s in Manhattan, Orpheus in Brooklyn, and Lucifer’s in Queens. These clubs created a tremendous following and word of mouth spread like a tidal wave through black communities across the country. In short order, the excitement reached Hispanics and eventually whites as well. The disco boom climaxed in the late ‘70s when 20-30,000 discotheques existed in the U.S. alone.

“After Dark” is not only a captivating account of the early days of disco but it also provides surprising and authentic insights into African American social culture and experiences.